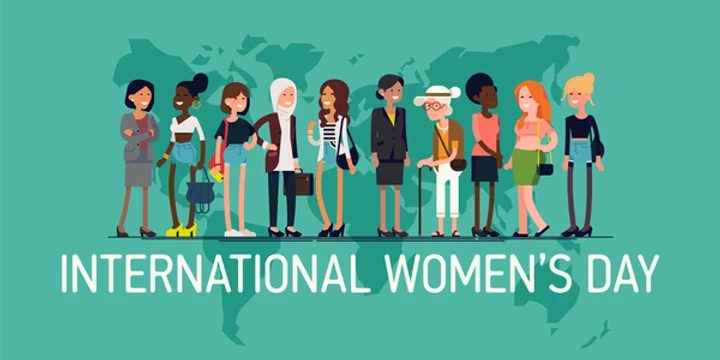 What is International Women’s Day?

International Women’s Day (IWD) is a global day celebrating the social, economic, cultural and political achievements of women while also marking a call to action for accelerating gender equality. The emerging global consensus is that despite some progress, real change has been agonizingly slow for most women and girls in the world.

The first International Women’s Day occurred in 1911, supported by over one million people. Today, IWD belongs to all groups collectively everywhere. IWD is not country, group or organization specific.

Not a single country can claim to have achieved gender equality. Multiple obstacles remain unchanged in law and in culture. Women and girls continue to be undervalued; they work more and earn less and have fewer choices; and experience multiple forms of violence at home and in public spaces.

In some places like China, Russia, Vietnam and Bulgaria, International Women’s Day is a national holiday.

In the United States

In United States, workplace discrimination and reproductive rights have been primary focus of Euro American feminists but Native American, Latina, and African American feminists frequently connect their struggle as women to the struggles of their communities against racism and economic exploitation.

In 2011, former President Obama proclaimed March 2011 as “Women’s History Month” calling Americans to mark IWD by reflecting on “the extraordinary accomplishments of women” in shaping the country’s history.”

Nationality: In more than 50 countries, women are denied the right to acquire, change or retain their nationality, impacting the right to education, healthcare, property ownership, freedom of movement, political participation and employment

Family: In 29 out of 187 countries men are the legally designated heads of households, controlling key family decisions and official documents

Education: Globally 750 million adults are illiterate-two thirds of them are women

Female genital mutilation: 1 in 3 girls, age 15-19, have experienced FGM in the 30 countries were the practice is most prevalent

Health: More than 1 in 10 women aged 15-49, of reproductive age worldwide have an unmet need for family planning

According to a study reported in Social Science and Medicine:

“Mood disorders, such as depression and anxiety, are more prevalent among women than men. This disparity may be partially due to the effects of structural gender discrimination in the work force, which acts to perpetuate gender differences in opportunities and resources and may manifest as the gender wage gap.”

The theme of IWD Day 2020 is: “I am Generation Equality: Realizing Women’s Rights”, drawn from a notion of ‘Collective Individualism.’ We are all parts of a whole. Our individual actions, conversations, behaviors and mindsets can have an impact on our larger society. Collectively, we can make change happen. Collectively, we can each help to create a gender equal world. We can all choose to be #EachforEqual.

Ideas on how to support #EachforEqual for International Women’s Day 2020 and beyond:

2. Take the occasion to recognize a woman who made a difference in your life

8. Assist women to be in a position of power for making informed decisions about their health

9. Celebrate women athletes and applaud when equality is achieved in pay, sponsorship and visibility

Women’s equality can’t wait. It’s going to take everyone to think and be inclusive all the time, everywhere. In Malala’s words: “We cannot succeed when half of us are held back.”